Analyzing Every Game Currently Listed in the App Store

Of the 1.4 million active apps in the Apple App Store, more than 300,000 are games. We collected information about every game currently listed from the App Store to visualize and analyze their volume and trajectory over time, hoping to gain insight into this growing sector. 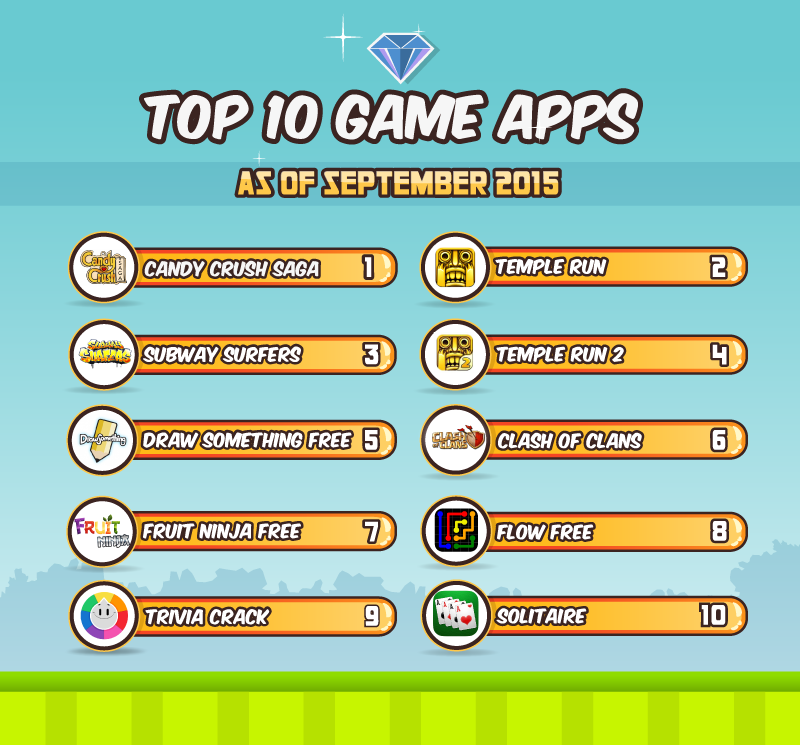 These rankings were pulled on September 14, 2015; the App Store top 100 charts change daily, if not hourly. Apple’s app rankings follow an undisclosed algorithm that seems to depend on volume, velocity, and – more recently – ratings, although it seems to change constantly.

The volume of games in the App Store has seen major exponential growth since 2008, spiking sharply in 2014. And it looks like this growth will continue: 80,522 apps were released in the first nine months of 2015, which means 8,947 games were released per month, on average. With only three months left, we can project that 26,841 apps will be released, which brings this year’s total up to 107,363 apps.

Interestingly, the 10 most popular games in September 2015 were released between December 2010 and October 2013. No game developed after 2013 made the list; even though 2014 saw 87,336 new games – the most games released in a single year since the App Store’s inception. Have developers lost the ability to create popular apps, or have these older apps somehow cemented their status at the top?

While the primary genre “Games” comprises the overwhelming majority of game apps (276,099 apps), some games fall into other categories such as “Education” (21,989 apps) and “Entertainment” (10,593 apps). No other primary game genre breaks 1,500 apps. The “Games” genre saw its best year in the beginning of 2015, where it made up 92.65 percent of total game apps, although it’s always composed the majority of game apps with at least a 78.58 percent share. The second-largest genre, “Education,” had its largest percentage of game apps in 2011, at 11.58 percent; “Entertainment” saw its largest percentage of games in 2009, at 11.08 percent.

The release of other primary game genres doesn’t vary much from month to month, but the release of apps labeled as “Games” fluctuates based on the time of year. December seems to be the best month to release new apps, as the highest number of apps – 23,910 – have been released during the last month of the year. August, April, and March have been the other most popular months for app releases, while January, February, June, and September fall short.

Whatever algorithm Apple uses to rank its apps, it’s kept these 10 games trending near the top of the charts for some time. Their older release dates haven’t affected their current popularity; alternately, apps released after 2013 haven’t been able to rise as quickly through the ranks. The volume of games as a whole has increased dramatically since the beginning of the App Store, and its projected growth doesn’t seem to be slowing. Other findings – largest primary game genres, most popular months of release, etc. – may provide some insight into how the App Store functions.

We collected information on every active app currently listed in the Apple App Store, which gave us a wealth of data on over 300,000 apps. We then compared total release dates to those of the top 10 game apps, which we determined from the App Store top 100 games chart on September 14, 2015.